Prior to practicing law, Greg was employed as a Hearing Officer and Deputy Trustee by Craig Phelps, Chapter 13 Standing Trustee in Chicago. From 1981 to 1983 Greg was a member of the Interim Panel of Trustees for the Northern District of Illinois. 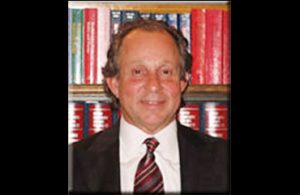 He is the owner and founder of Gregory K. Stern, P.C. Bankruptcy and Foreclosure Attorneys for Chicago. 312-427-1558. Located at 53 West Jackson Boulevard, Suite 1442, Chicago, Illinois 60604, the firm of Gregory K. Stern P.C. helps bankruptcy and foreclosure clients throughout the Chicago area. Helping Mr. Stern is a small group of highly talented individuals. These are: