Dennis E. Quaid was admitted to practice in the State of Illinois in October 1970. Other bar admissions include 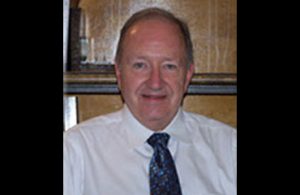 Dennis took on the of counsel role with the firm of Gregory K. Stern, P.C. in November, 2010. He specializes in handling…

Prior to practicing law, Dennis received his undergraduate degree in 1967 from the University of Illinois at Chicago.Three years later he received his Juris Doctor from DePaul University. During his time at DePaul, he was a member of the University College of Law Review.

Upon receiving his Juris Doctor, Dennis worked as a law clerk for the honorable Alexander J. Napoli; the United States District Judge for the Northern District of Illinois.

Dennis started in private practice with the firm of Ahern & Gillogly Ltd. He served as partner in that firm from 1972 to 1981. Then he went to Fagel & Haber Ltd., where he became a partner and served as the chair of the Bankruptcy Department from 1981 through 2007. After a merger with Thompson & Coburn LLP, he served as partner in the Bankruptcy Department. In 2010, he left the corporate world and we couldn’t have been happier.

Currently, Dennis is a member of

Dennis is also an author and frequent speaker for bar associations/professional groups. He offers sound advice on topics of bankruptcy, commercial litigation, and insolvency in this way to thousands each year.